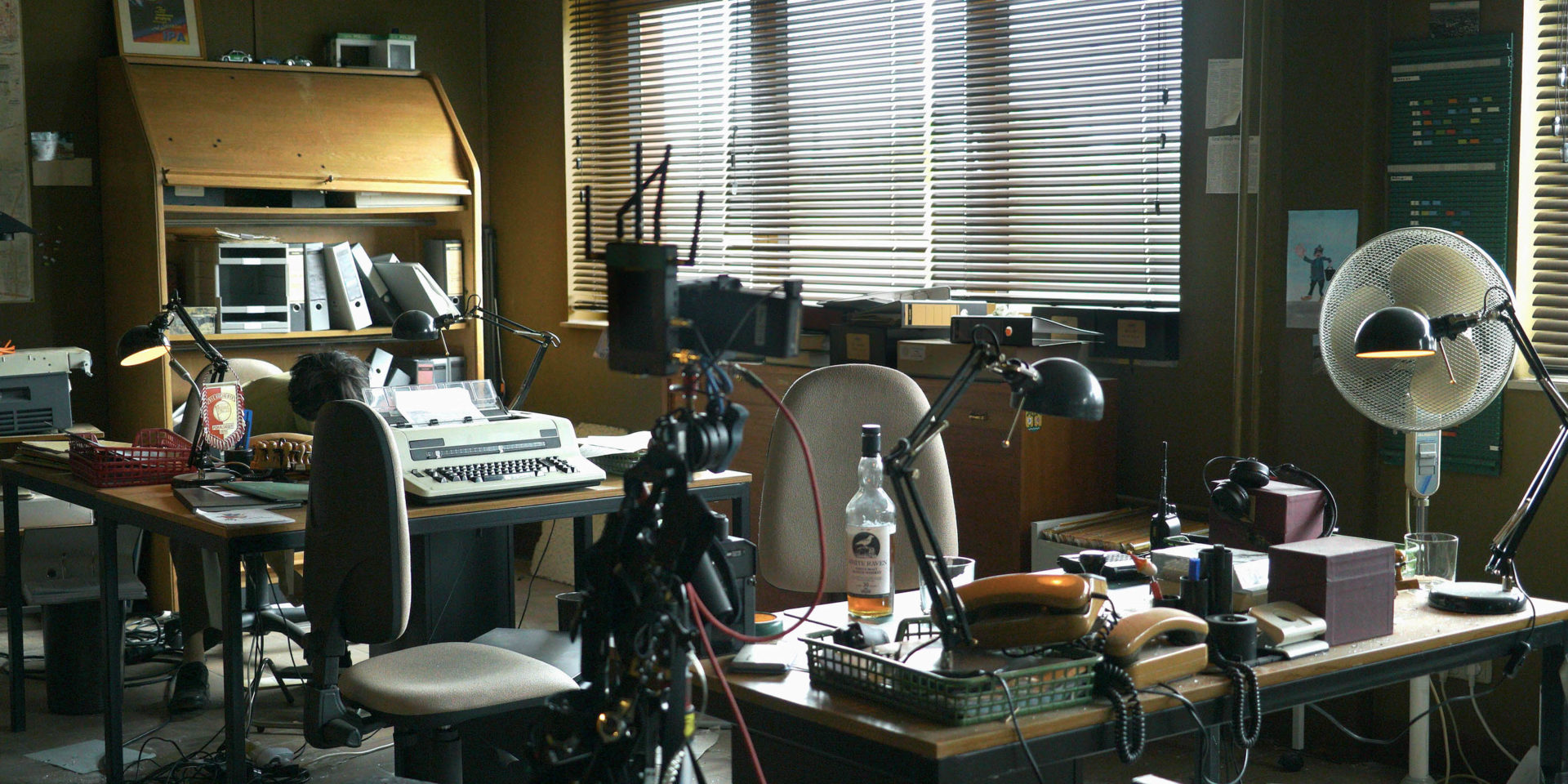 We recommend the newest Tatort film, staring Ulrich Tukur, which will be airing on October 20. 2019 at 8:15 p.m. on ARD. “Angriff auf Wache 08” (Assault on Precinct 08) is a fascinating and strange “late” western, which is based on John Carpenter’s 1976 action thriller “Assault on Precinct 13”. MAPP media contributed parts of the visual effects (VFX) and aerial images for this episode of the crime series. 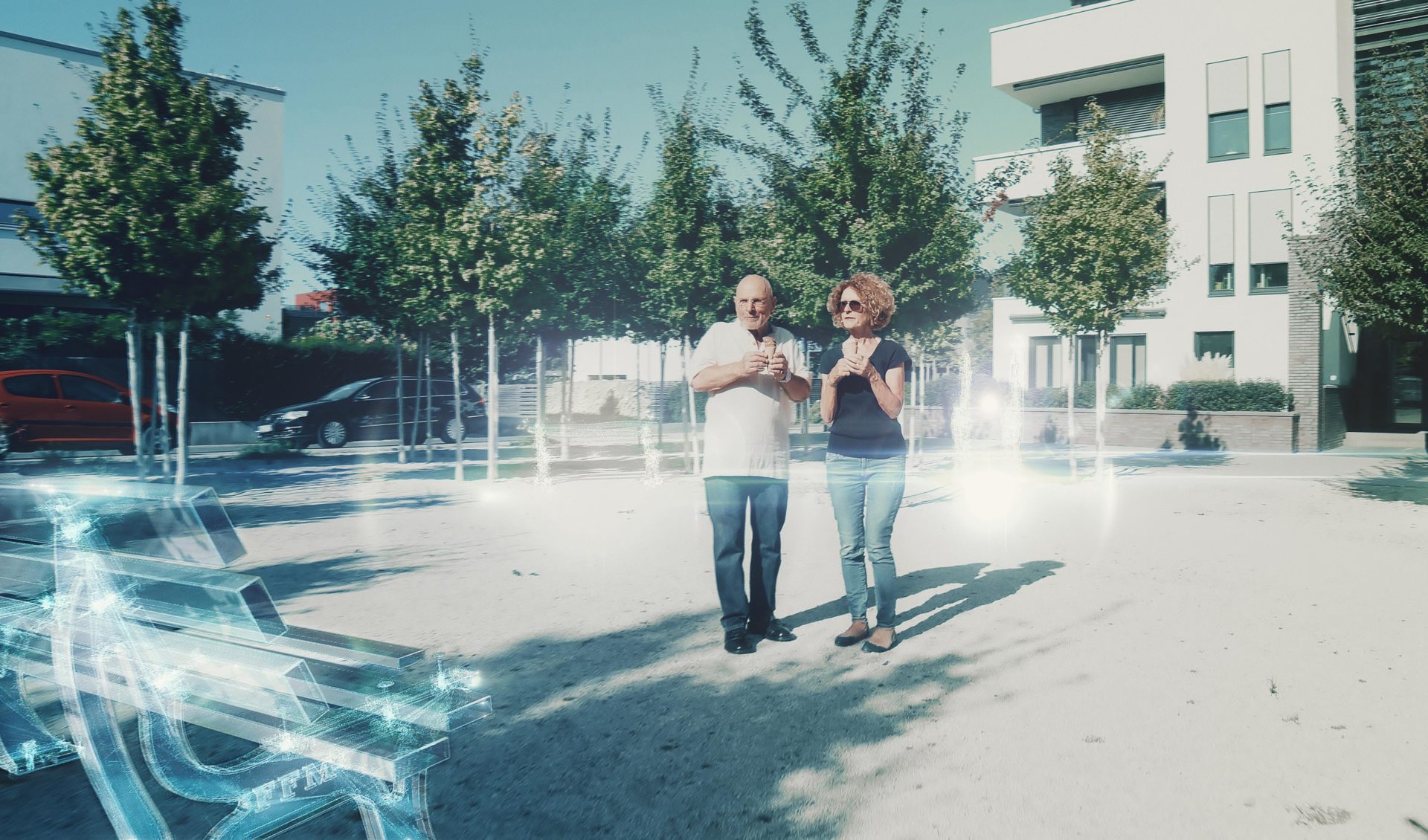 Film: Visual Effects for the City of Frankfurt

In the course of the image campaign for a new app of the city of Frankfurt am Main, in which citizens can express their wishes and complaints, MAPP media GmbH is responsible for the creation of visual effects for the three campaign films.

During this years gala, Filmmaker Ina Knobloch happily accepted the award for best documentary film. MAPP media GmbH produced the film as a commission for City Media TV and also finacially supported the project. Special attention was drawn to the cinematic handicraft. We are excited about the award! 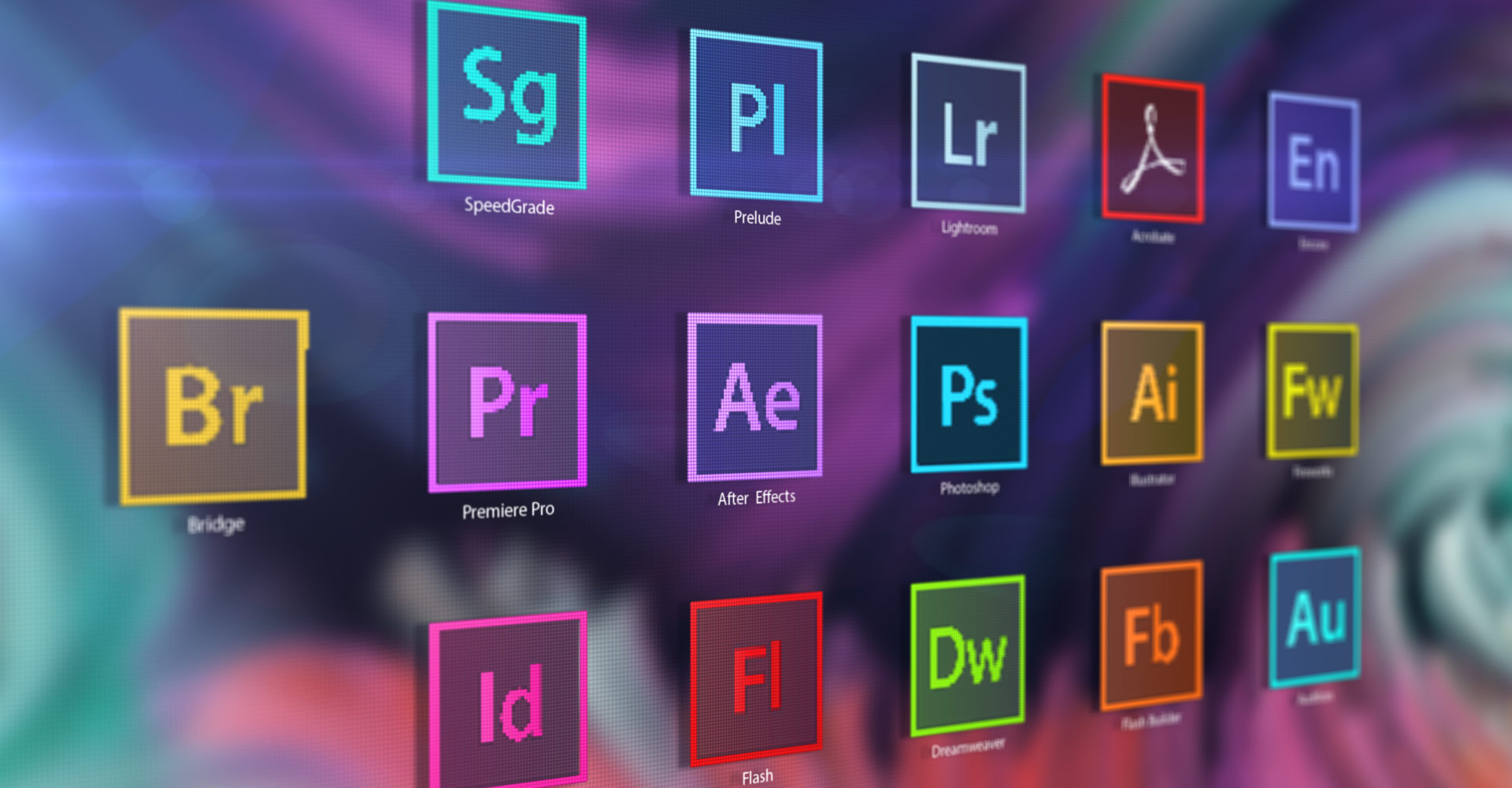 This spring, MAPP media once again offered new training courses and workshops in production and post-production. Whether it is a technical camera seminar, a creative film and photo workshop, or a course on Adobe products such as Premiere Pro, After Effects, Photoshop, or Illustrator; whether it is a basic class or an advanced lesson, we teach according to the individual needs of our clients and participants.

In the course of research work for a documentary, we are filming a short travel film for the German tour operator Kaukasus-Reisen in beautiful Georgia. Let’s go on an adventure! 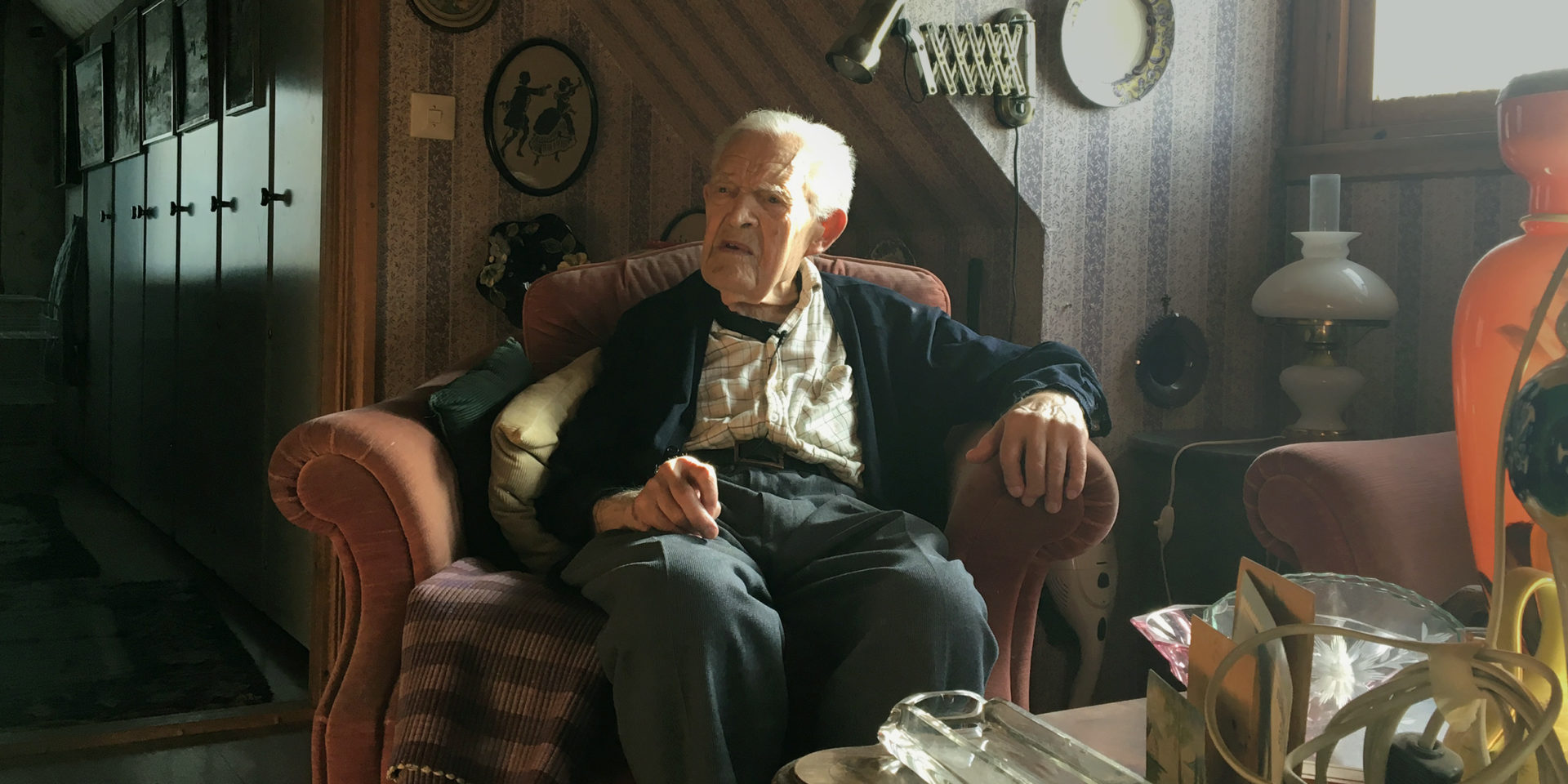 In cooperation with 78 Film, MAPP media GmbH is producing a new documentary film for cinemas and television. The two protagonists live on a famous Swedish island: Öland - a place where the Swedish royal family has spent their sommer vacation for many years. Filming has recently begun and will continue for several months. We are excited to see the results and will report on the progess of the project. 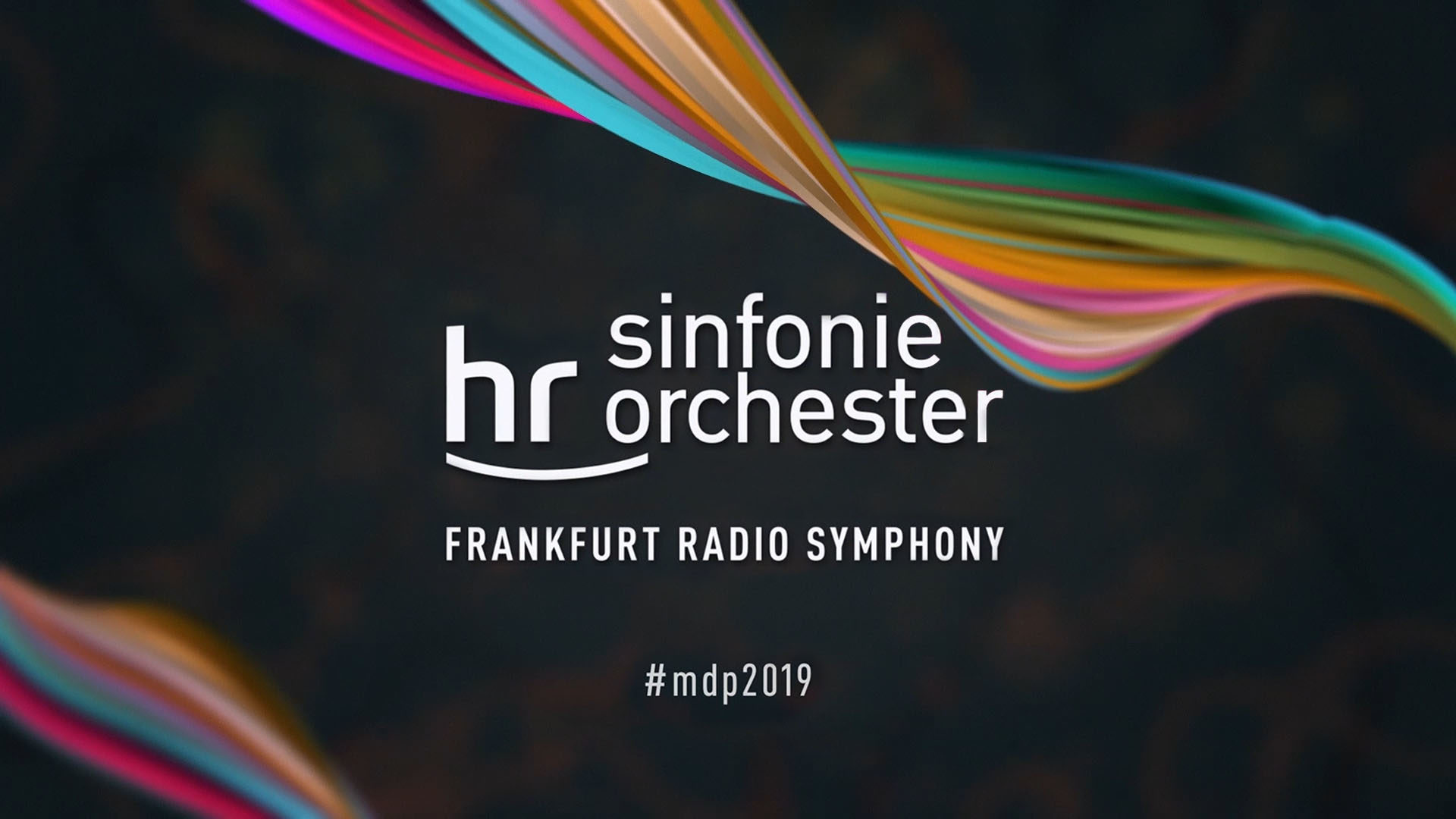 This year, we are once again able to be a part of a very special concert experience: the Music Discovery Project brings classical music (hr-Sinfonie-Orchester) and pop culture (Alvaro Soler and Band) together in a unique way. With this year’s theme, COLORS, our team was responsible for the visuals of the show and, in cooperation with the Hessischer Rundfunk, was able to complement the unforgettable audio experience with moving images and light shows. 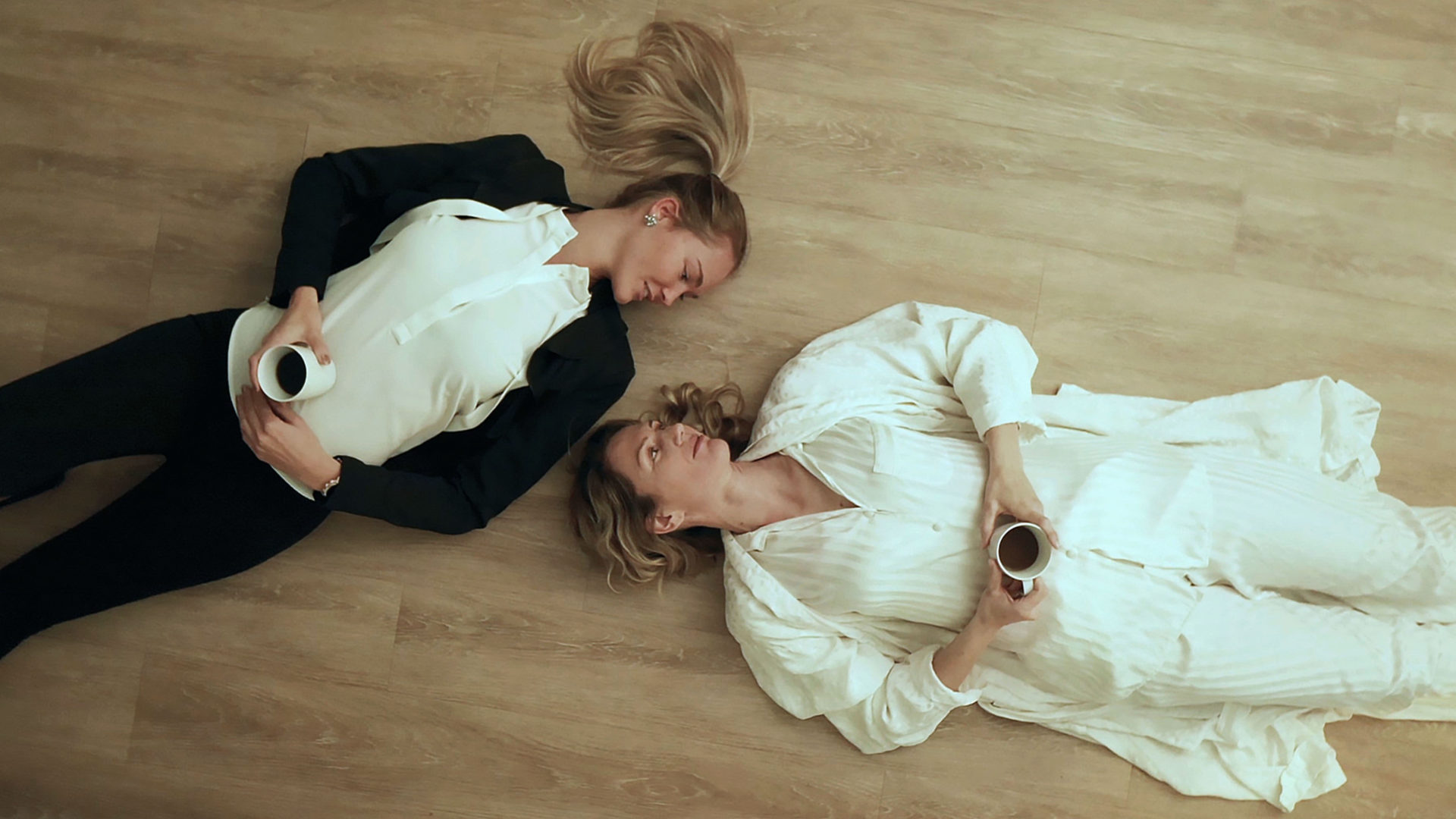 For the worldwide advertising campaign of the Austrian floor manufacturer, we are traveling to Tirol in the middle of winter to produce a product film of their unique, high-quality comfort flooring. 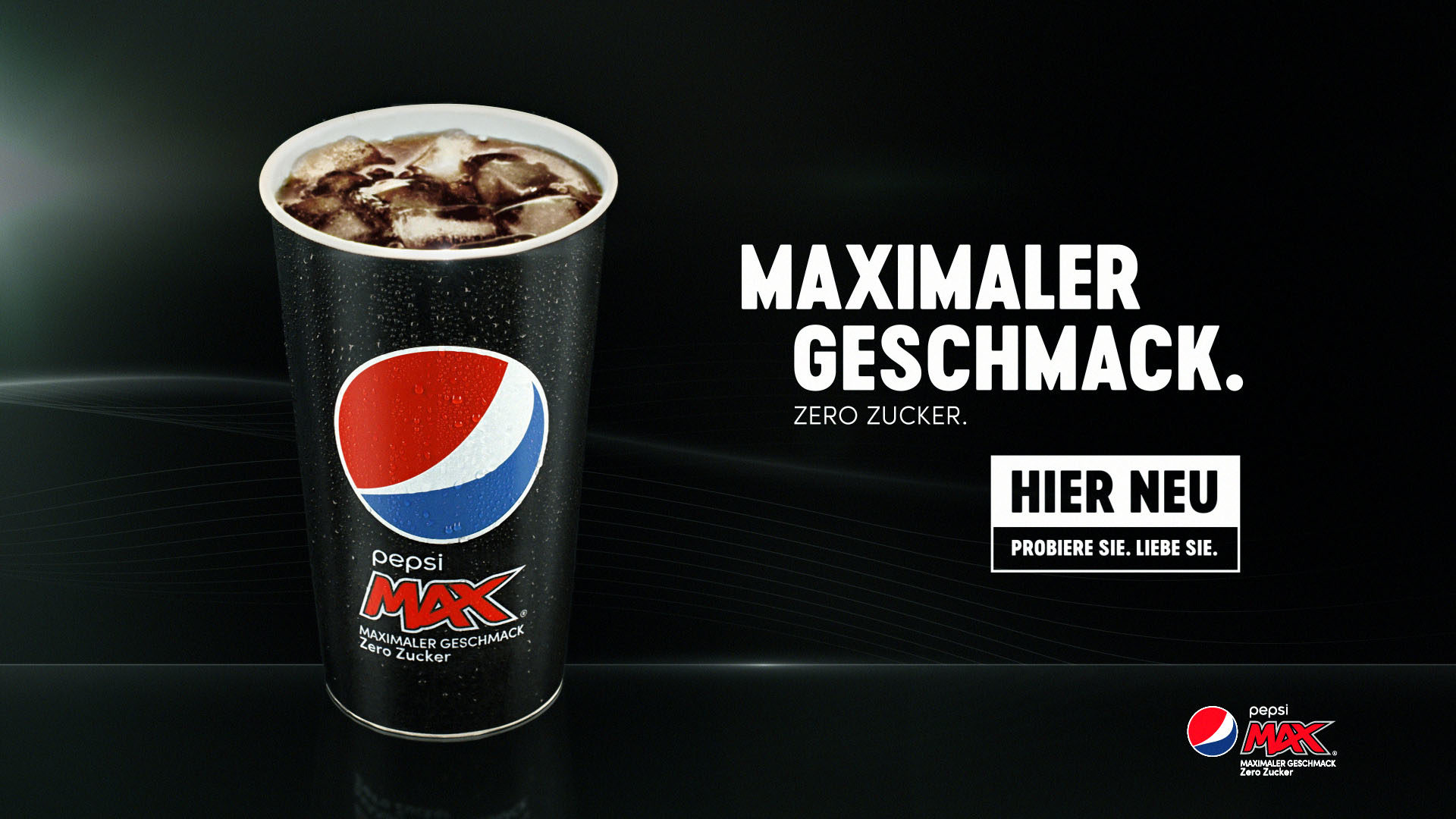 Everyone’s seen them: the flickering monitors showing digital menus. Pepsi is a food partner of Cinestar, a well known cinema chain, and we are producing new footage that can soon be seen in the form of ads in the Cinestar movie theaters. 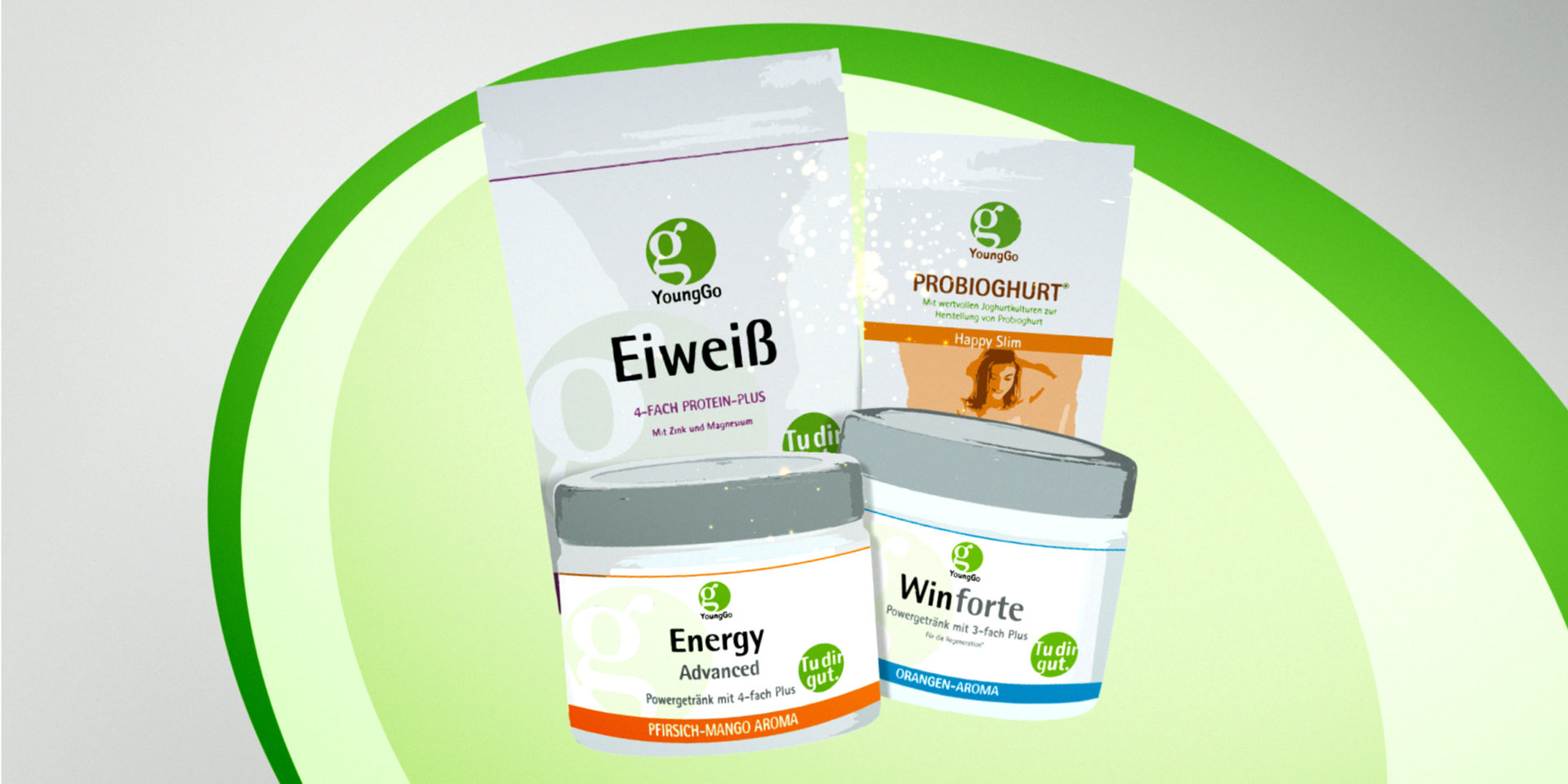 YoungGo’s NimmApp BodyBox is THE new slimming and feel-good product. With little time, we developed and produced two versions each of two corporate films for their Christmas and New Year’s marketing campaign. 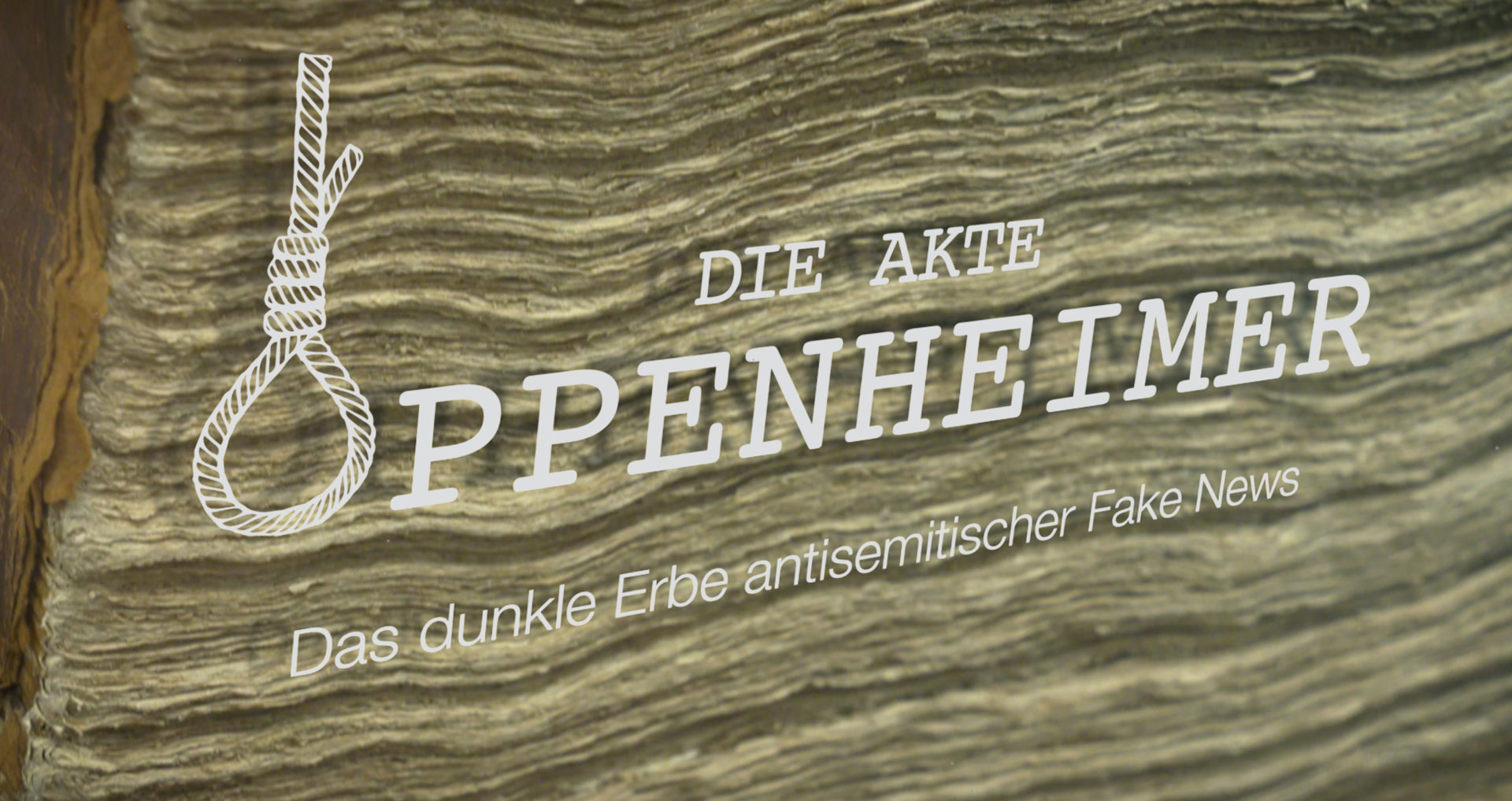 The short Film "Das Interview", which was produced by MAPP media GmbH, received a number of awards at various film festivals in the United States. Among these are BEST SHORT FILM, BEST NARRATIVE SHORT, BEST ORIGINAL STORY, BEST DIRECTOR, BEST CINEMATOGRAPHY, and BEST ACTING DUO. We are excited about these awards!

We will be producing a corporate film for the Historic Museums Hamburg Foundation (Stiftung Historische Museen Hamburg) as well as the three main museums, for which we will be visiting a selection of institutions in Hamburg. As an executive film production, we will also take care of all post-production, which includes editing, visual effects and color correction. We look forward to visiting these extraordinary museums! 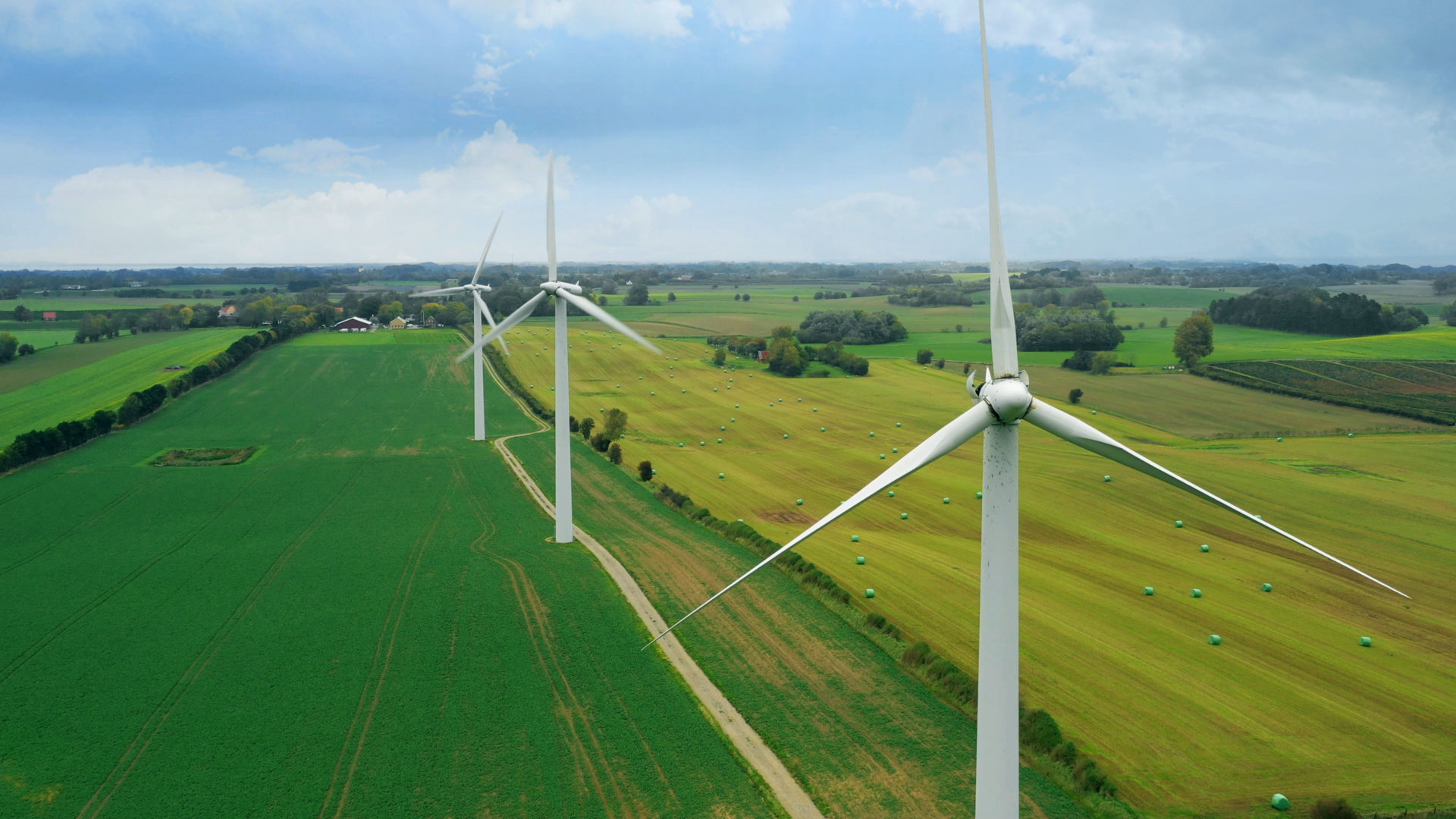 This year, for Al Gores’s Climate Reality Project, you can find us on the small island of Samsø in Denmark. We are filming on land, on water, and in the air, and gain futuristic insights into an energy self-sufficient society. It is an honor to be part of this important project. 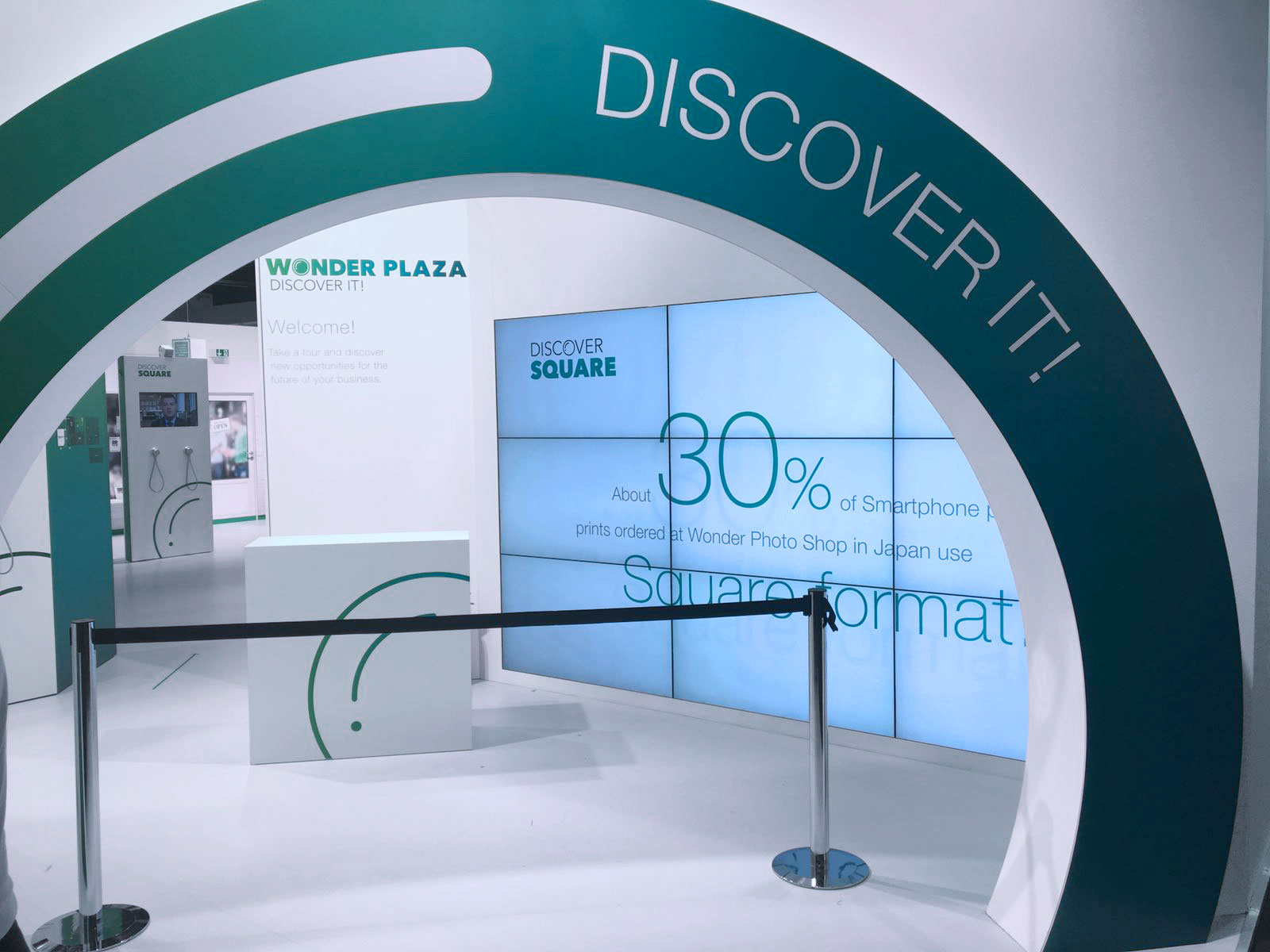 Commissioned by Markenzeichen Gruppe, we will be creating motion picture content in the form of motion design and short commercial clips for this year’s trade fair appearance of Fujifilm at photokina. At the trade fair itself, we will be filming the presentations and content with several camera crews. photokina is considered to be the worldwide leading trade fair for photos, videos, and imaging. 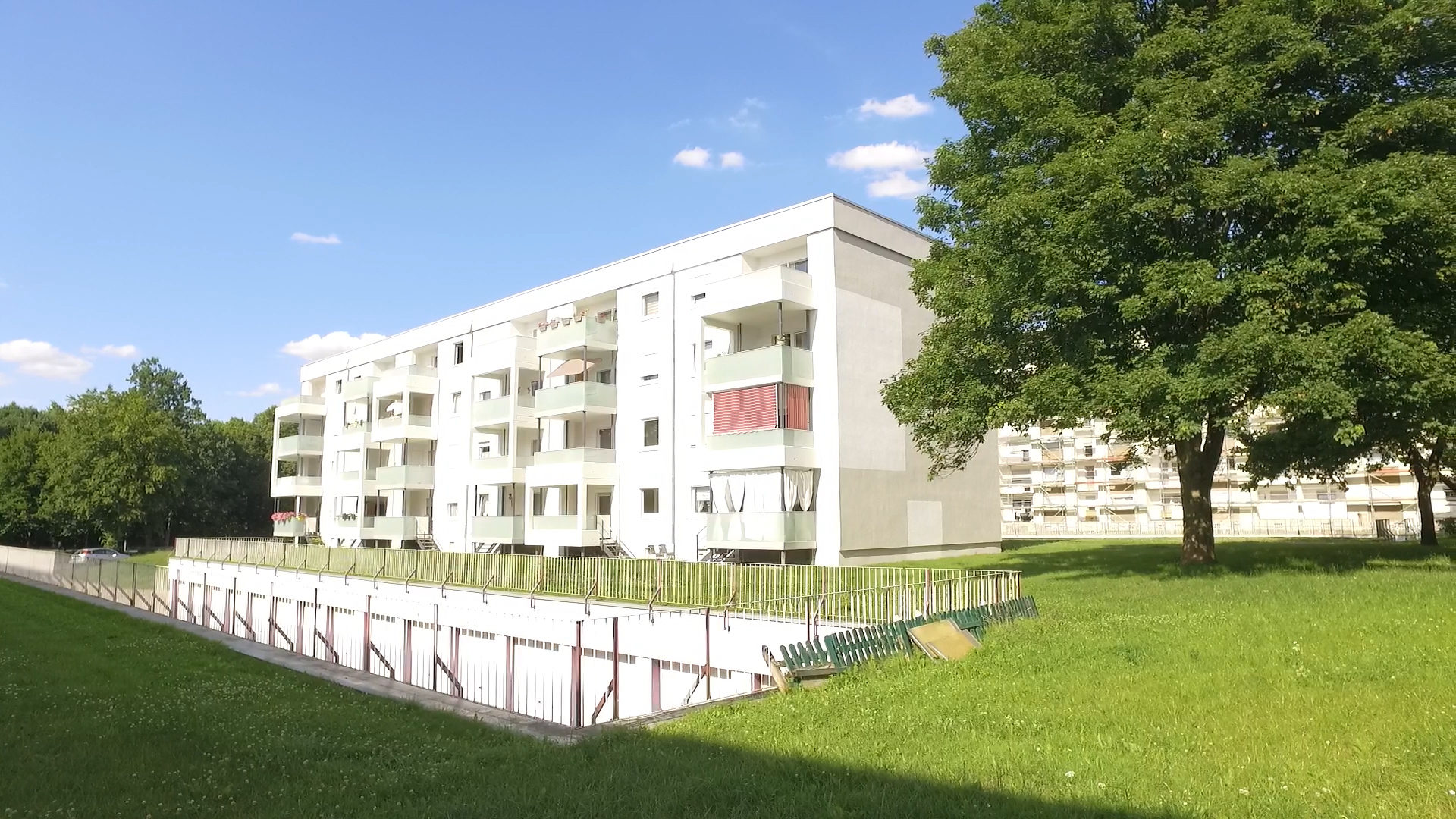 We filmed and photographed a variety of apartment buildings in different cities in northern Germany for Marc Schwarz, an entrepreneur from Frankfurt. The result is an appealing real estate film to be used to market an investment portfolio. 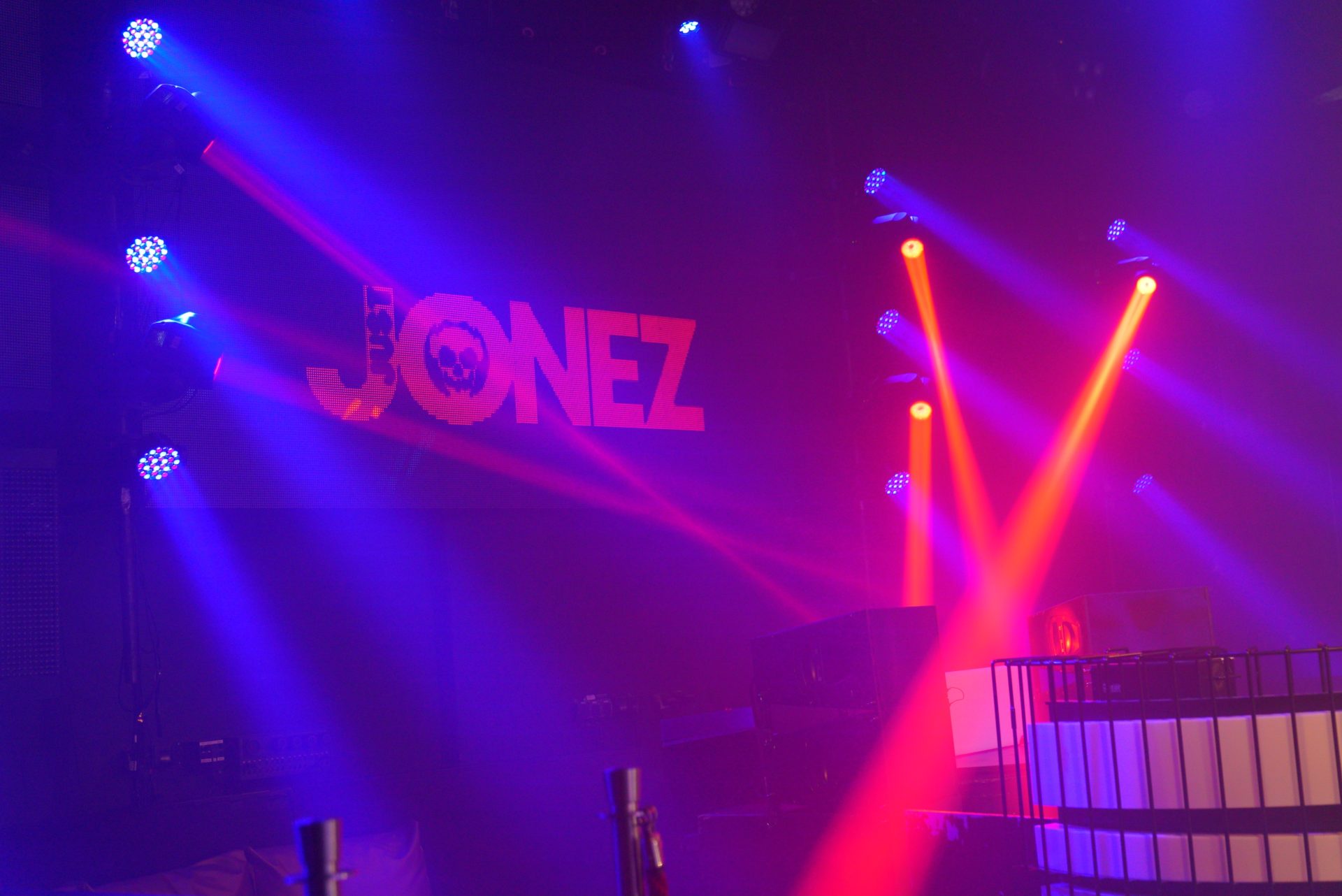 After the release of their debut single “Billie Jean“, we produced a music video for the new Just Jonez single, “#1 Gal“ in Frankfurt. This group composes music in a variety of genres including R&B, soul, hip-hop, and reggaeton. Their first album will be released in October. 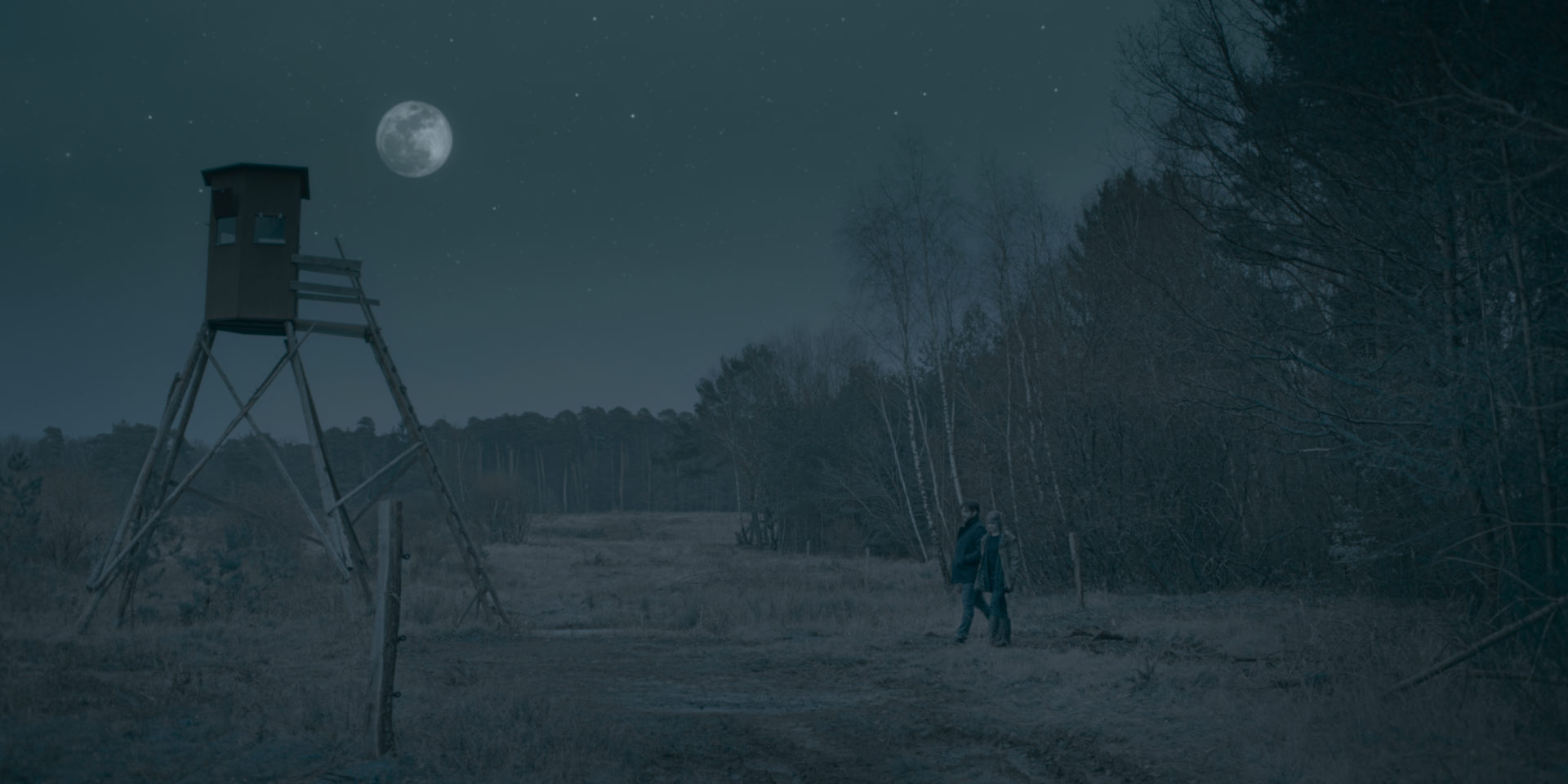 Max Zähle’s narrative film “Bist du glücklich“ will premiere at the Filmfest Hamburg in October. MAPP media GmbH did a good amount of VFX work for this romantic drama, which was commissioned by the ARD. 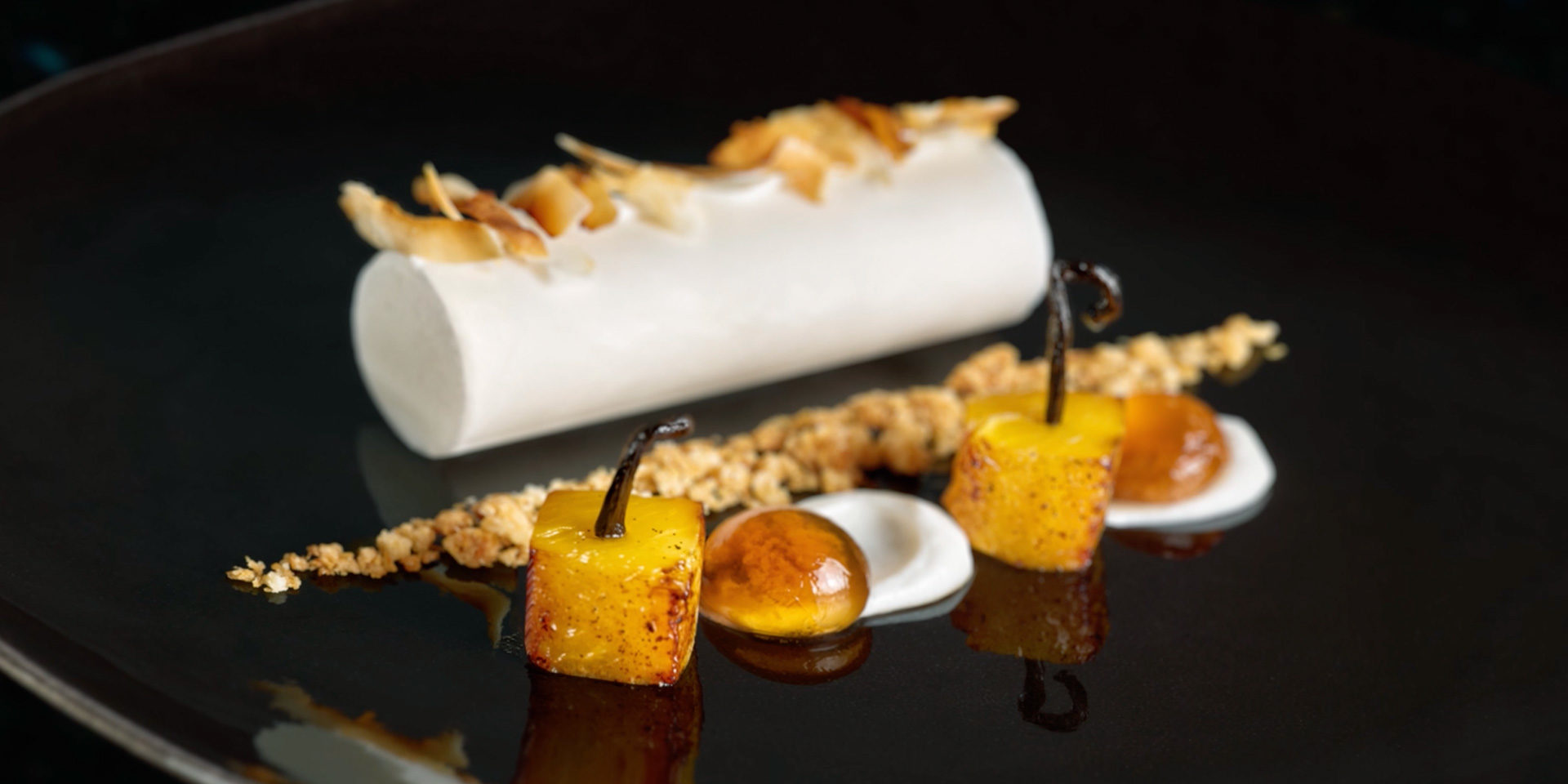 Commissioned by the agency madkom, we have the privilege of once again accompanying the complex and exciting production of the LSG Calender, this time for 2019. For this calendar, traditional dishes are re-interpreted by international chefs, beautifully decorated and presented, and captured on film. Next to the printed calendar, a short film will be created for each dish to make viewers hungry for more… 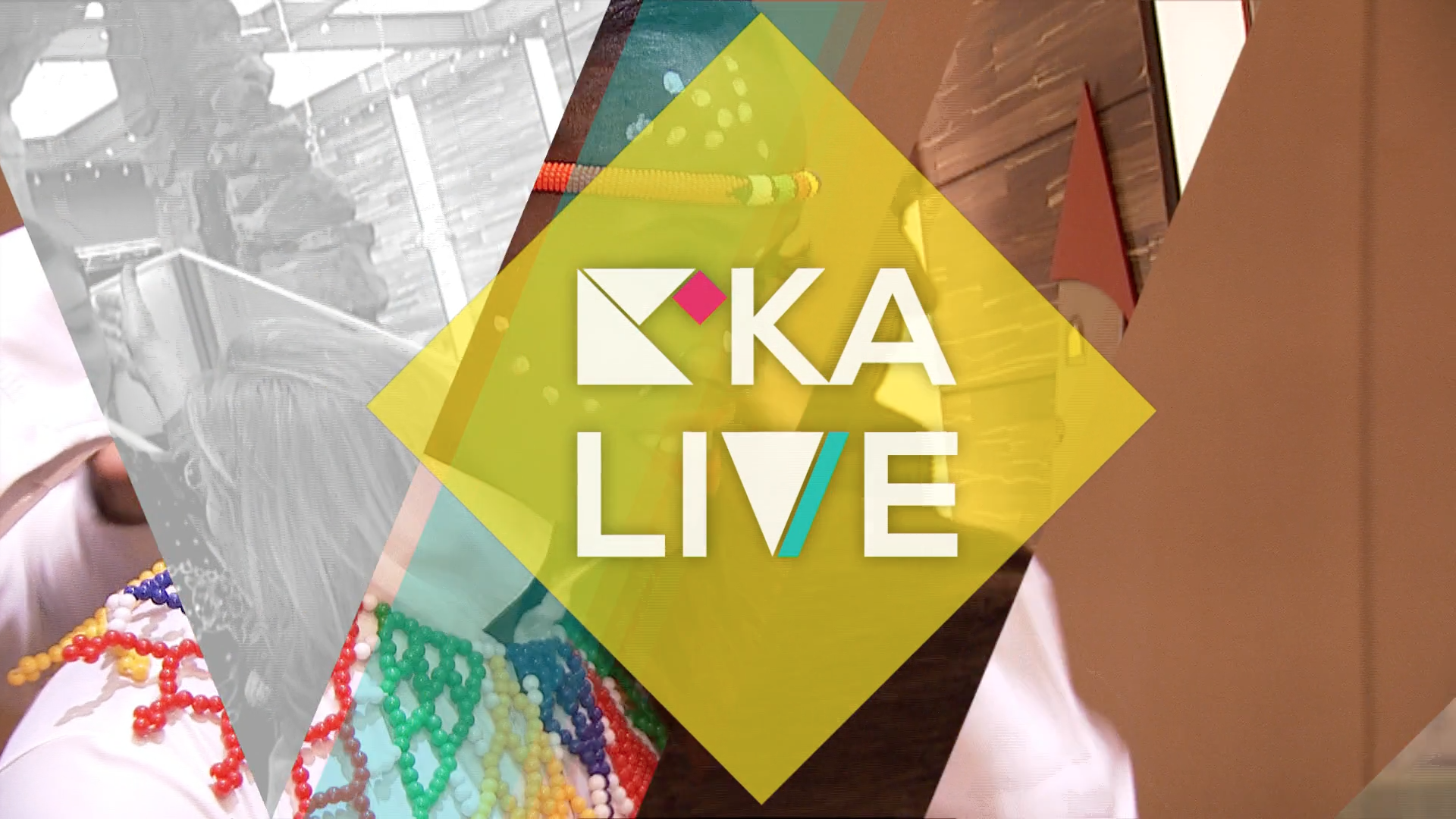 MAPP media GmbH took over the post-production for two episodes of KiKA LIVE for the children’s television channel and joint venture of ARD and ZDF. In ten minutes, kids and youths are entertainingly shown all sorts of things regarding fashion, music, and lifestyle. 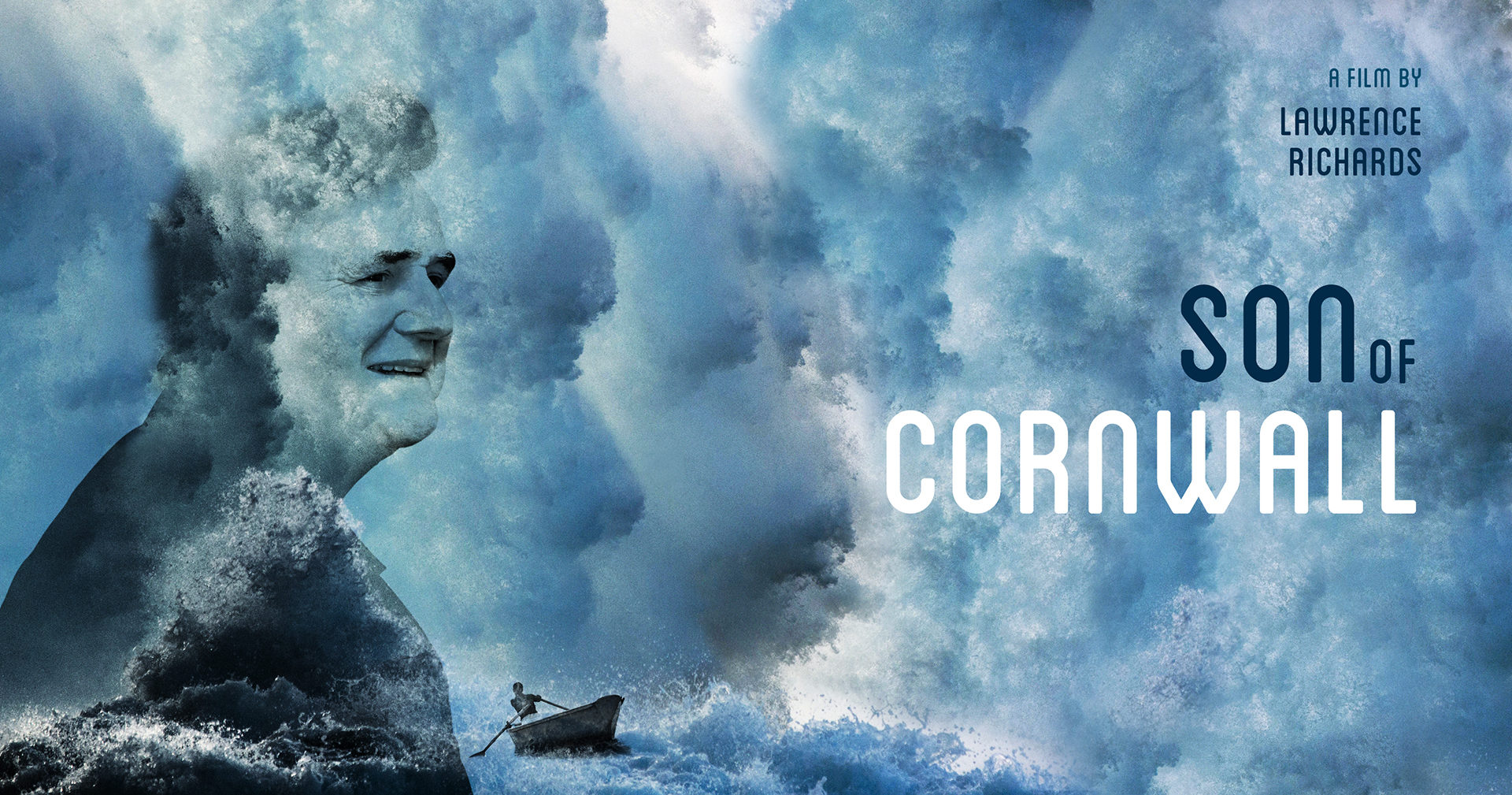 The documentary “Son of Cornwall“, which is co-produced by MAPP media, is heading towards production after a successful crowdfunding-campaign. Together with a film crew, filmmaker Lawrence Richards accompanies his father, a world-famous opera singer, on a road trip into the past. We wish all the best and good luck and are excited to see the filmed material, which we will then be editing in post-production. 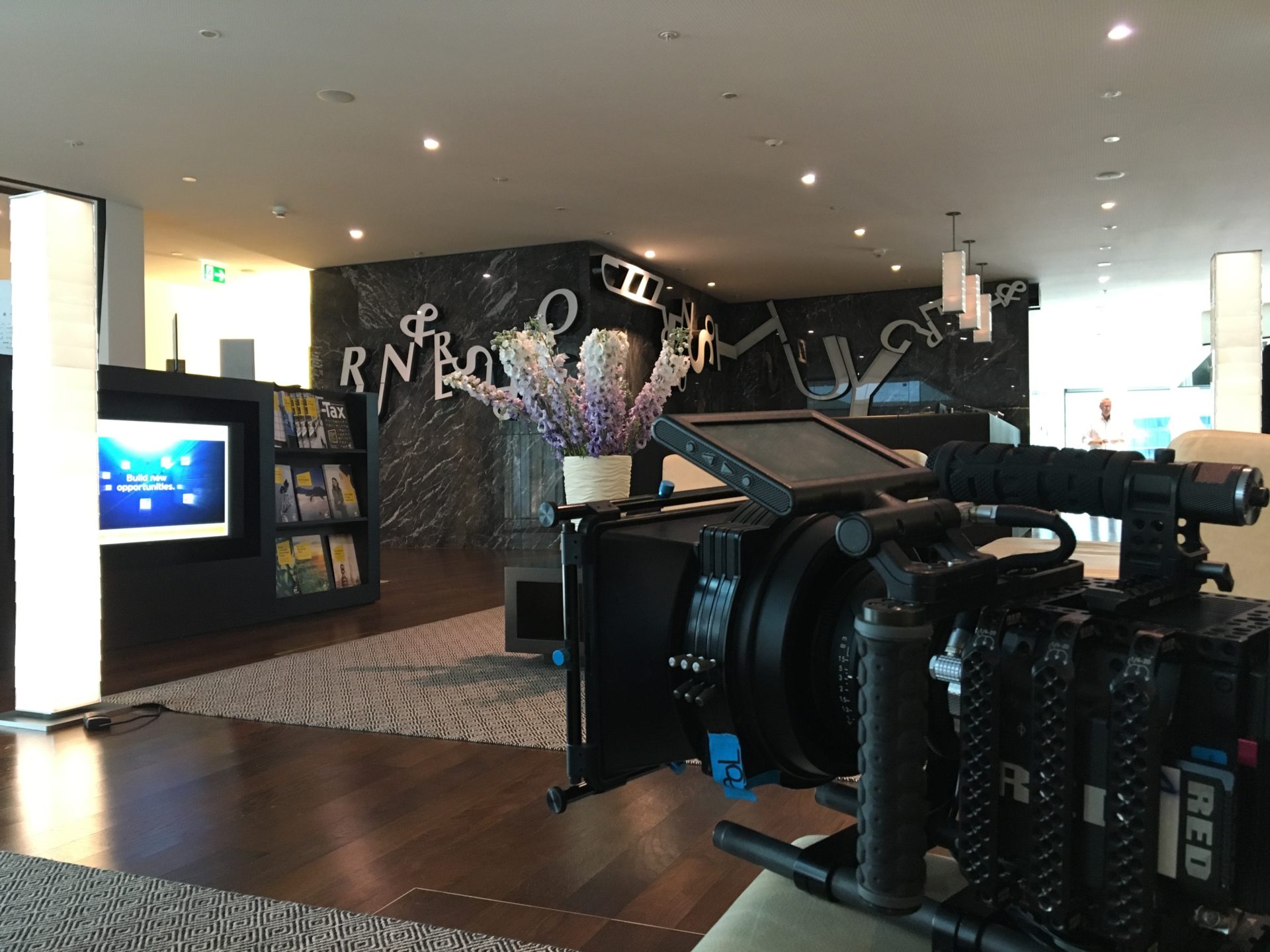 We documented success-stories and interviews with customers, partners, and team members of Ernst & Young in different locations. The films tell of successful strategies, innovations, cooperations, and concurrently motivate employees and customers. 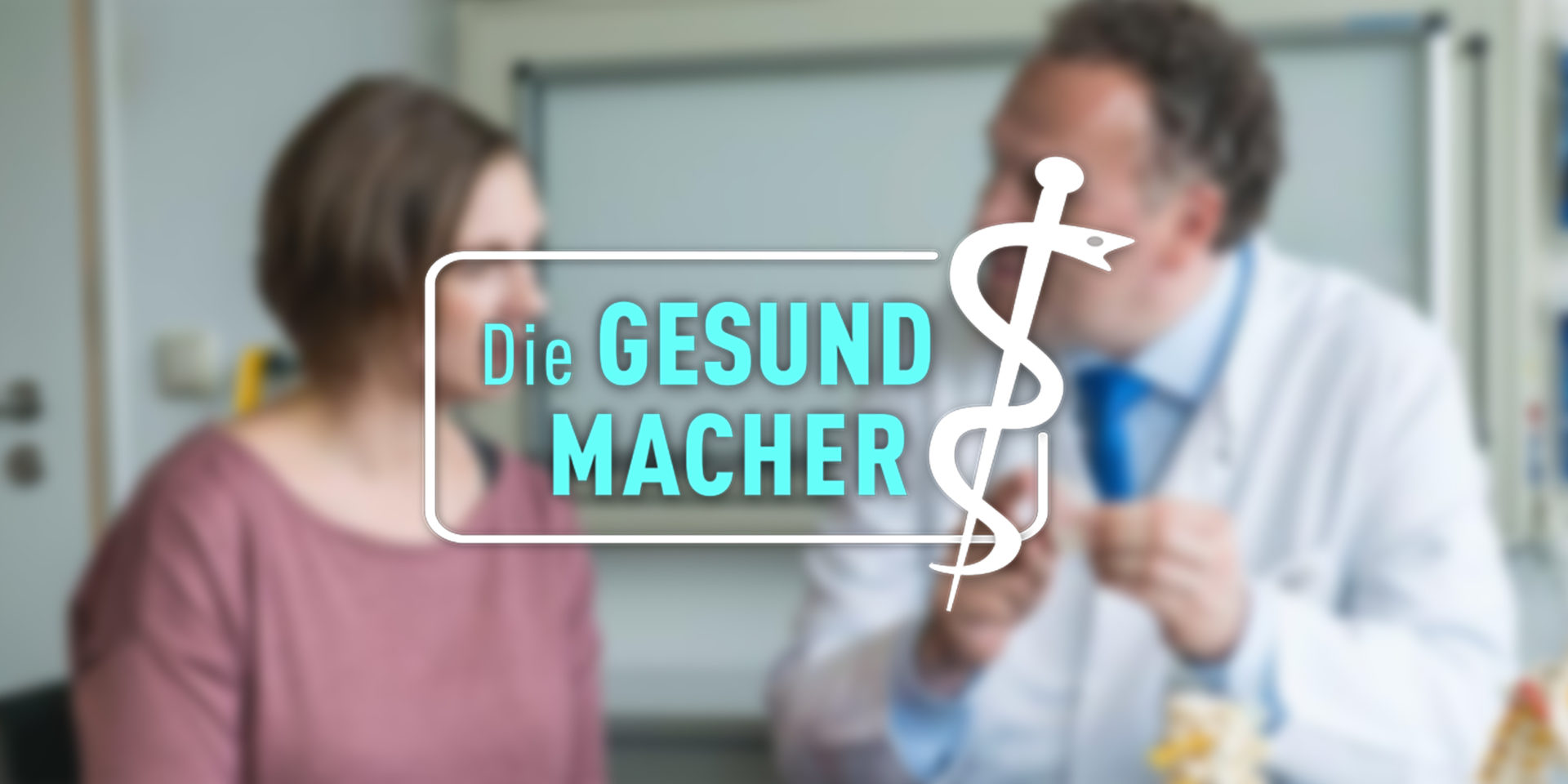 Commissioned by Hessischer Rundfunk, we are working on the post-production of three pilot episodes of “Die Gesundmacher“. This new television format concerning health includes reports of the results of new research, treatment options, and personal experiences. We hope for good ratings for this format! 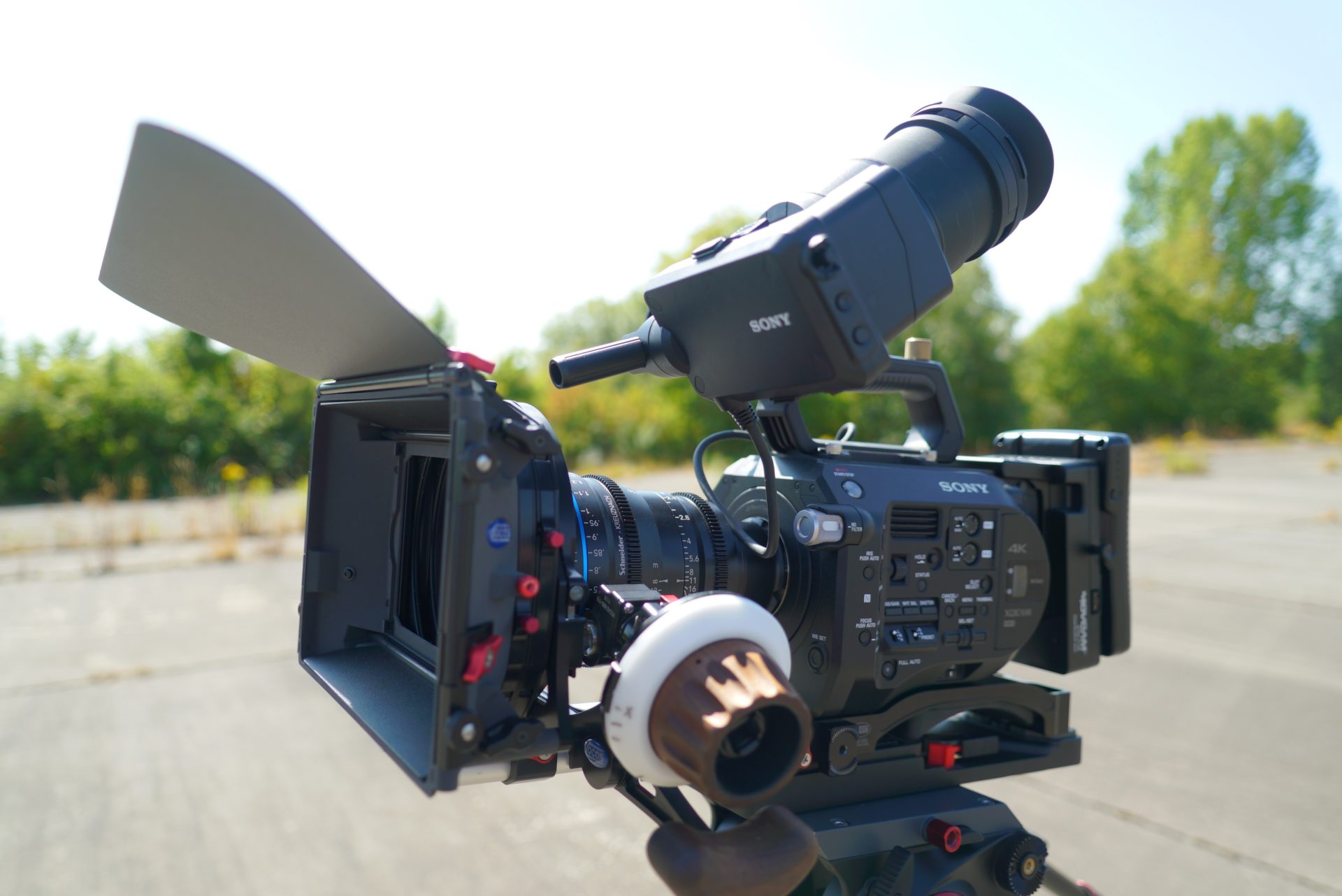 Since filming was done in mid September, we are eagerly waiting for the first results of the post-production for Wiesbadener tatort (a very popular German police procedural television drama) with Ulrich Tukur, which will come out next year. During filming, manager Nico Drago was part of the team and responsible for monitoring and advising in areas regarding visual effects. Diligent filming, flying, crafting, building, and photographing were necessary here.