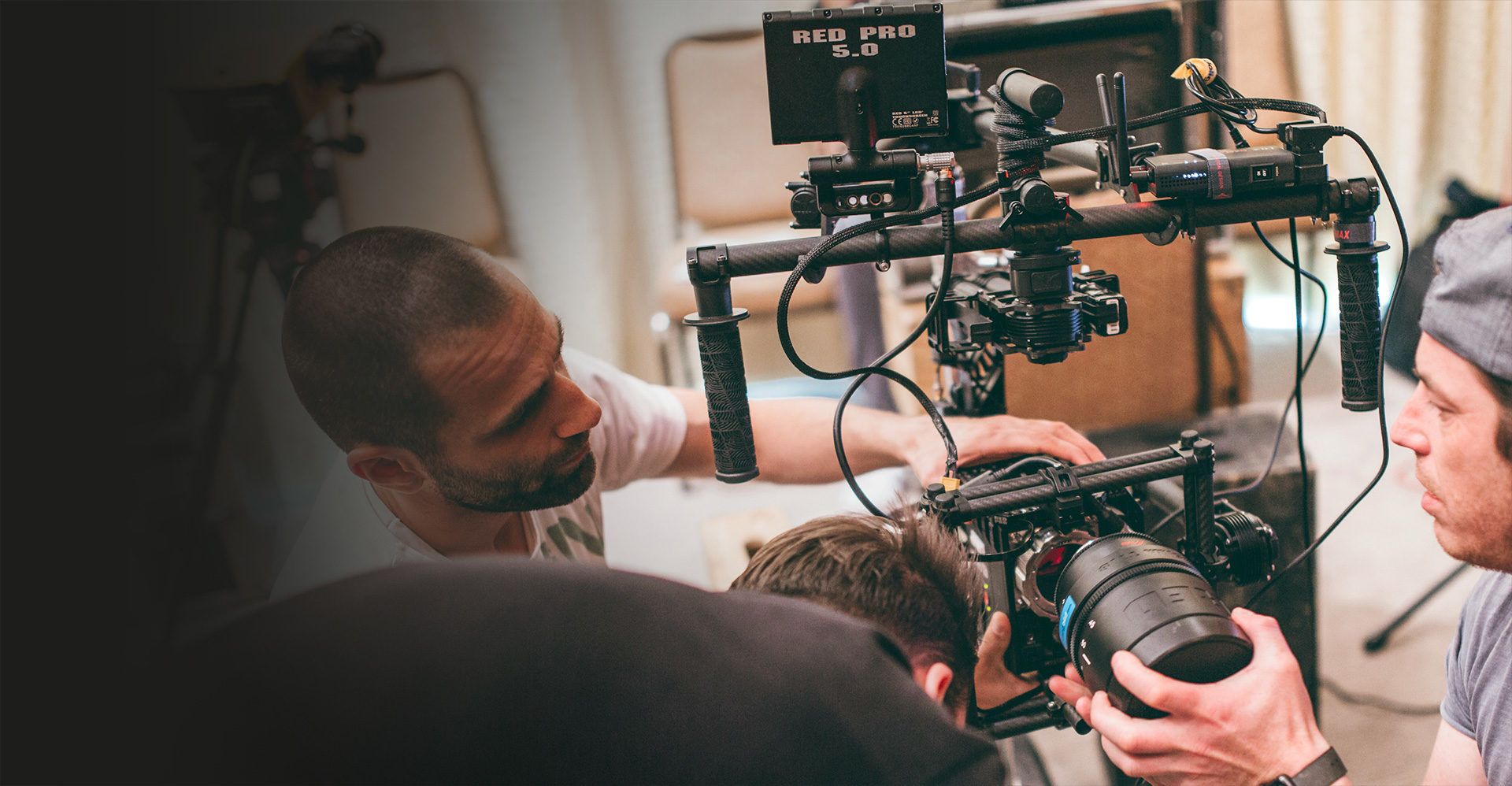 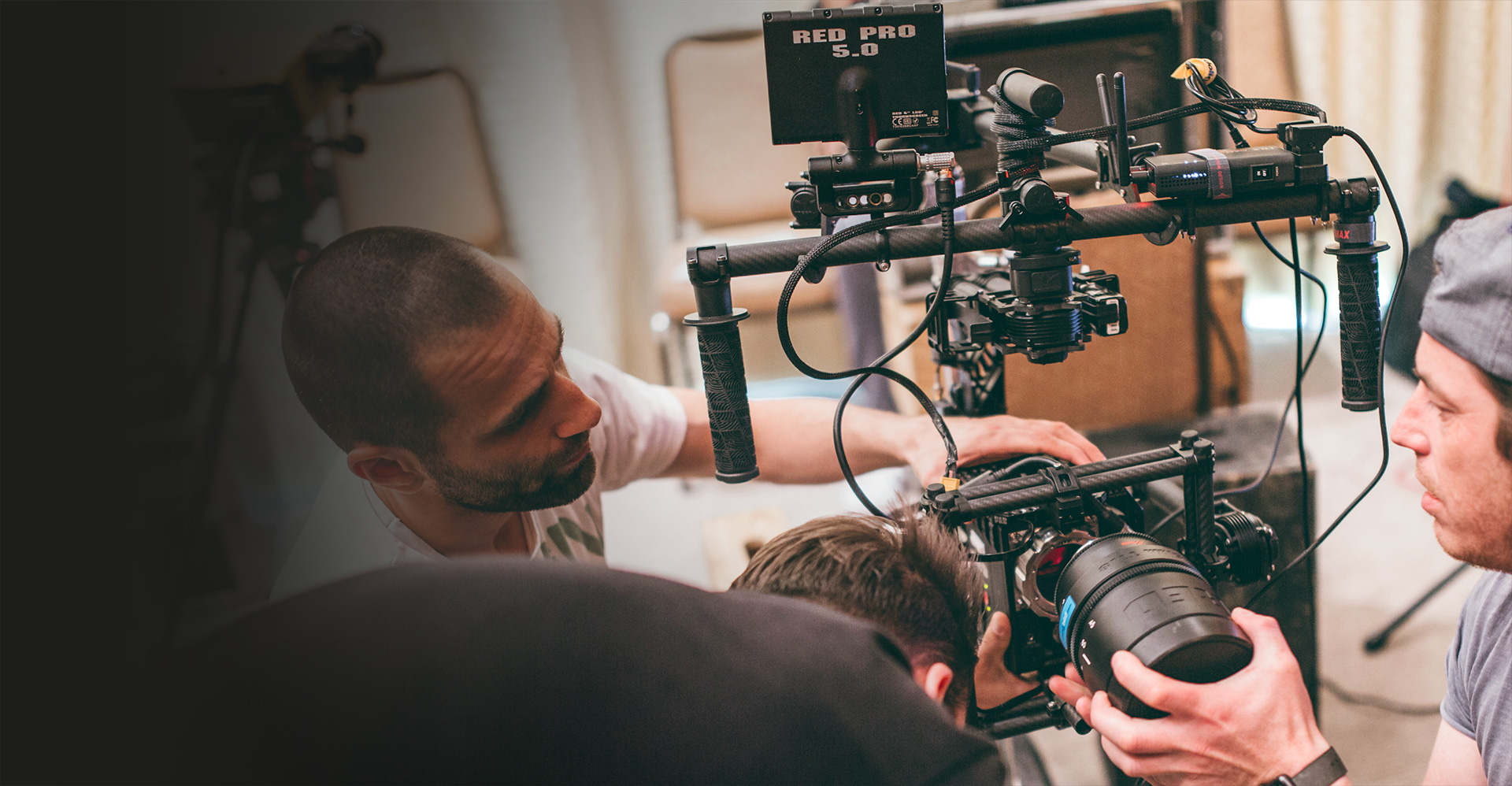 „FILMMAKERS SHALL BE REMINDED THAT THEY WILL BE SHOWN ALL THEIR WORK UPON ARRIVAL AT THE GATES ON LAST JUDGEMENT.“

WE DEVELOP AND PRODUCE.

STORIES WITH NO LIMITS.

Stories are told using more and more channels, as they should be, because good stories, exciting pictures, and special moments leave a lasting impression on viewers.

We are specialists in developing custom media content and services. We create space for ideas, growth, affect, and emotion. In all dimensions. Without boundaries.

We create moving pictures for cinema, television, corporations, brands, products, events, shops, trade fairs, and everything where something can and should be in motion.

We take care of the first steps for our customers by teaching them which moves should be made.

ANALYSIS. The foundation for the next approach is built on a financial review. What works? Where lies hidden potential? Where do we stand and where are we headed?

STRATEGY. Moving pictures add emphasis and present credibility to their strategic position. We develop strategies fitting the creation of a future-oriented moving picture identity, which work harmoniously with existing digital and classical channels and also ideally complement them.

When it comes to the development of ideas and concepts, the members of our team have supported renowned businesses and contributed to large cinematic productions.

IDEA. As creative producers, we always come up with new ideas and are glad to help our customers and partners to organize, communicate, and develop their existing ideas.

CONCEPT. It is crucial that all members of the team know what a film is about. We develop concepts in a way that they can be summed up in a few sentences and presented convincingly.

SCRIPT. Writing thrilling screenplays is an art that only few have mastered. Our screenwriters have years of experience in film, television, and commercials and know exactly how a subject is to be interpreted and dramatically wrapped up so that a great motion picture can be created. And it does not matter if it is an image film, a live-action movie, or a documentary.

In the fascinating pre-production phase, every project is visually cast and created. We convince with experience and reliable partners.

STORYBOARD. We place great value on a good storyboard or animatic. Both help get a better feeling and understanding of visual speech, the dramaturgy, and the chronology of a story.

CASTING. We never skimp when it comes to the cast. Whether we are speaking of an actor, a supporting actor, or an extra, they all give a production its character, construct an identity, and contribute to its success.

SCOUTING. A fitting location is worth its weight in gold. It supports the story and gives it the right aesthetic and dramatic structure. It allows the team to work quickly, flexibly, and without interruption. We have seen a lot and are always on the lookout for new discoveries.

The actual film shoot is often the most elaborate, exciting, and expensive stage of a film production. We shoot in water and on land, in the air and below ground.

PRODUCING. We typically supervise projects throughout the entire production period and ensure a smooth process. This includes pre-production and post-production. Our experienced producers have various talents and focus areas, which we accordingly apply to diverse projects.

DIRECTING. We work with a particularly diverse selection of authors and directors in order to constructively manage a wide spectrum of productions. Whether it is live-directing at events, authorial-directing in documentaries, or directing short commercials as well as long, scenic formats. As artistic managers on set, they skillfully and harmoniously conduct their ensemble in varied constellations.

SHOOTS UP TO 6K. Depending on the project and its requirements, we shoot films as single VJs, a classical ENG-team, or a large film crew. Regardless of the format or resolution, on diverse systems and preferably with our own equipment. From a DSLR to the RED EPIC, diverse lenses to Cinema Primes, simple back lights to Kino Flo systems, we have it all. And should more be needed, we will borrow it from our reliable partners.

AERIAL IMAGES. One of our particular specialties is the aerial image. Our experienced pilots have mastered very complex and tricky flight maneuvers and form well attuned teams with our camera crew. Whether it is indoors in factory buildings, outdoors through ravines, from a ship over the wide ocean, or up close during a triathlon or rally — we control the skies.

360° + VR. Virtual reality and 360° require a completely different kind of thinking and approach. This not only applies to the production, but also to the conception and post-production. There are special rules to keep in mind. Everything is visible. Everything becomes an experience.

It never ceases to be fascinating how a great, finished product can be made in post-production using single puzzle pieces. Our teams work closely together, profit from established workflows and the newest technology, and guarantee the quickest and smoothest completion of a film.

ANIMATION 2D/3D. Whether it is a wish for aesthetics or there is a technical need for it — with animation, everything can be visualized. Our animators create memorable explanatory pieces, intelligible infographics, elaborate models, technical processes, and vivid characters.

MOTION DESIGN. Motion design is an especially intricate and creative discipline that our digital artists have completely mastered. Award-winning and ever a treat for the eyes.

EDITING. History is made in our editing suites. Our experienced editors refine television formats and narrative films using Avid or image-films and commercials using Premiere Pro.

COLOR GRADING. By using various systems, tools, and plugins, we are able to create technical and optical color-corrected material for broadcasting, edit dailies for live-action films, and generate unique worlds of color through the creation of distinct looks.

360° + VR. The greatest auditory and visual experience can only be achieved with technical precision and creative skills. We stitch, retouch, generate new spaces, and add additional elements. And we guide and surprise the user with skillful, spatial sound design.

AUDIO. This craft is of special importance to us. It is responsible for clean sounds on set, clear voice recordings, fitting voice-overs, atmospheric music, exciting sound design, and a coherent mix.